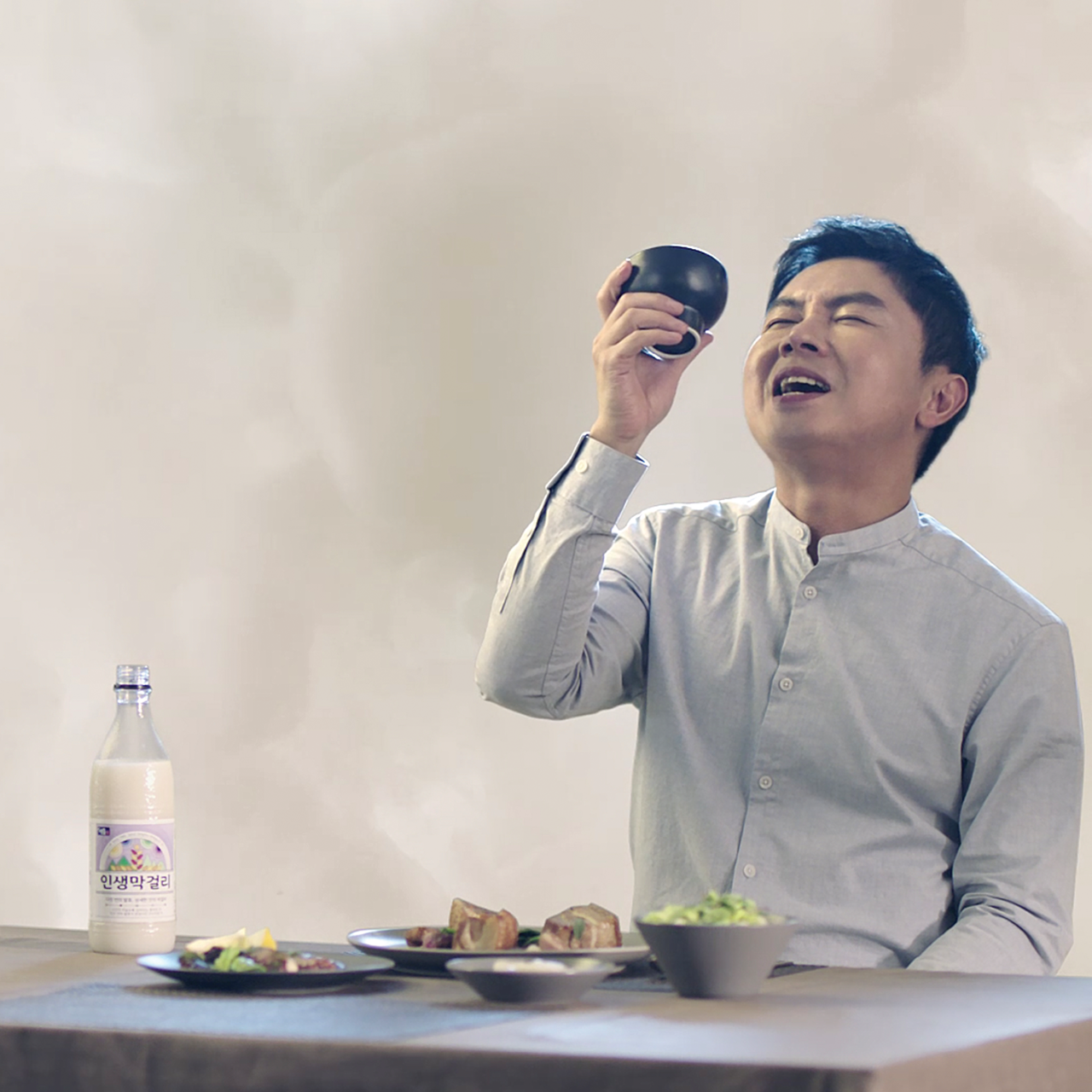 During a recession in the liquor industry, launch Insaeng Makgeolli targeting from 20s & 30s who is unfamiliar with the traditional liquor to older generation who is already enjoying existing makgeolli.

Casted an actor Leem Won Hee who is famous as a makgeolli lover and Jo Woo Jin who is loved by all generations as makgeolli sommeliers and made a campaign that can appeal to the whole generation.

\
Play
Pause
Sound off
Sound on